As identical twins of school age my sister and I felt like a collective entity rather than two individuals. Schoolmates and teachers understandably often called us by each other’s name and attributed the actions of one as those of the other without bothering to correct misattributions. Once in awhile we’d be asked “Which twin are you?” which prompted us to ask each other “If I were you would I be you or me?” To pursue our individuality we made the difficult decision to separate by attending different colleges entering different fields of study. After years of living a great distance apart and having somewhat different lifestyles differences in our appearance are obvious. It’s perhaps ironic that early in life we wanted to develop our differences, our individuality. Now we look to find our similarities and commonality.

The works in this series often integrate the medium with the content and call upon childhood memories. “You look like two peas in a pod” . . . hence the recurring pea pod motif. “You’re the mirror image of your sister” lead me to symmetrical compositions. Printmaking is a fitting medium since the plate and the print create a mirror image symmetry as well. These works are usually titled with palindromes (“madam i’m adam” / “anna, anna”). Pairs of objects recur along with visual and verbal puns in “Pair It”, a diptych with pairs of pears and parrots. Dolly, the first cloned sheep can be found in another diptych along with many dollies. 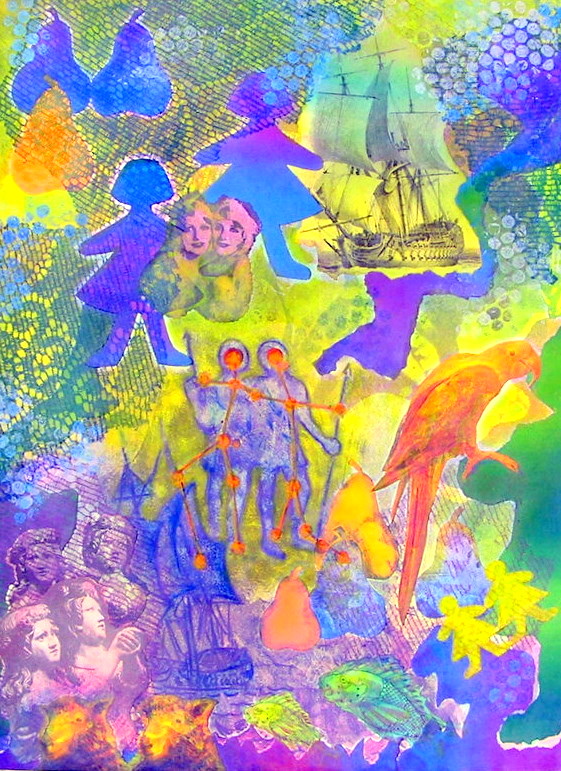 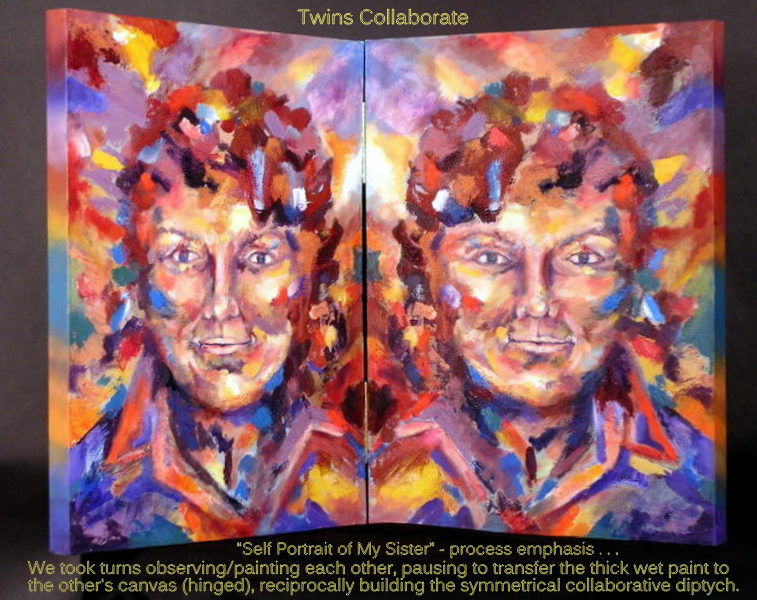 If I were you would I be you or me 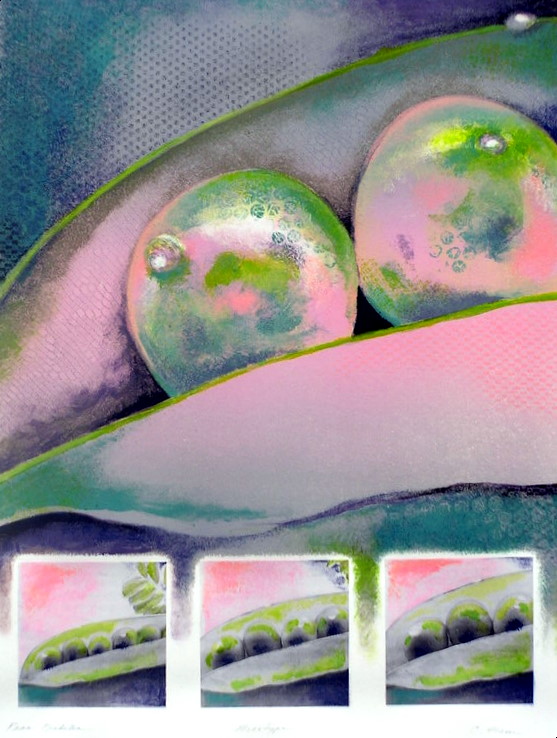 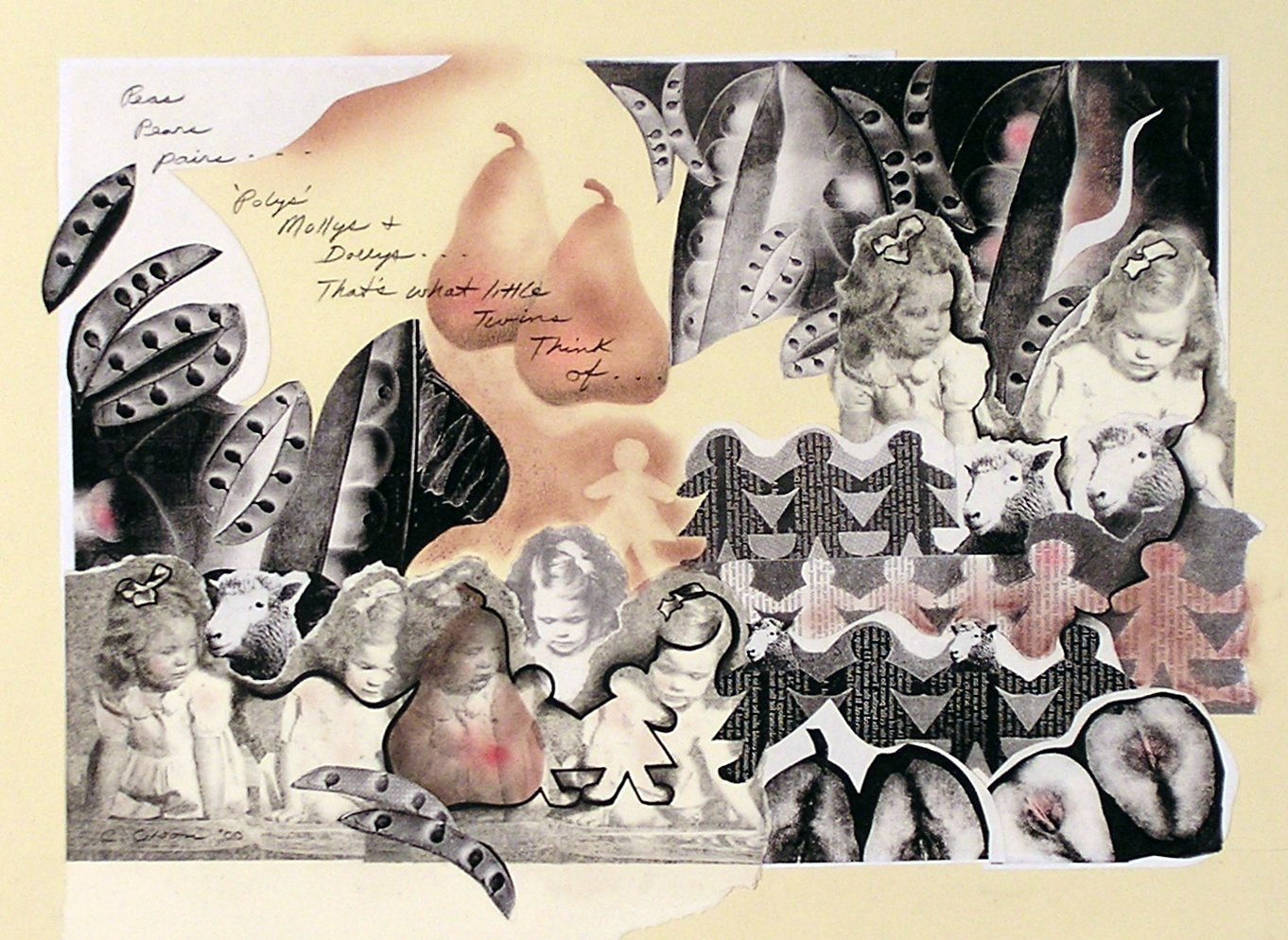 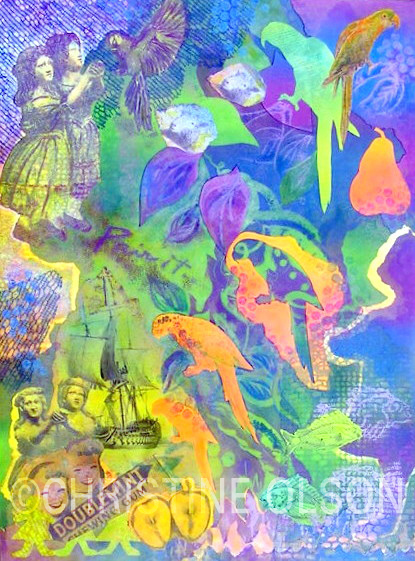 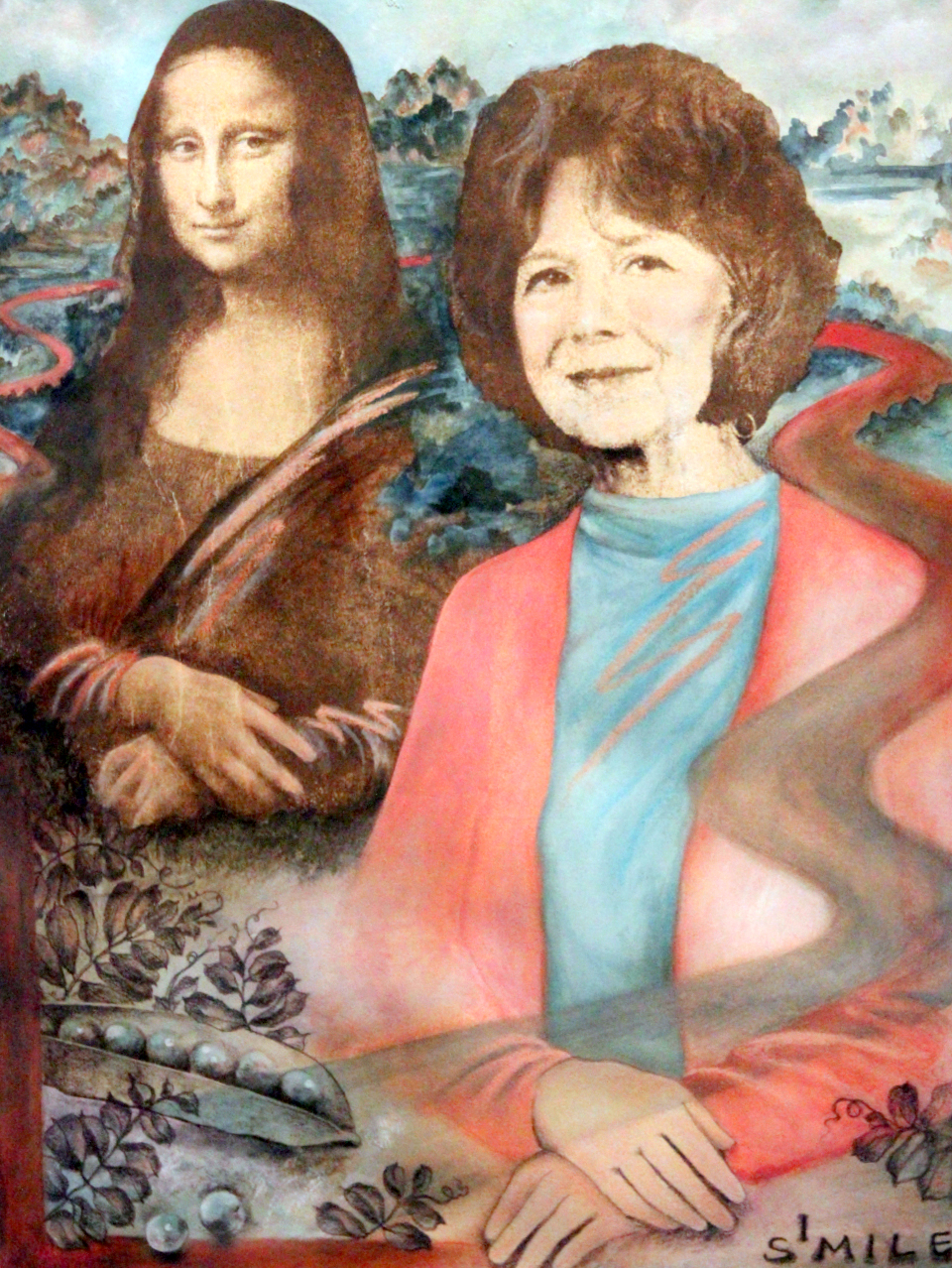